The Herpetological Association of Africa (HAA) is dedicated to the study and conservation of reptiles and amphibians, particularly those of Africa. The Association encourages the study of all aspects of herpetology both in nature and in captivity and is devoted to supporting young scientists who will make future advances in these fields. The HAA is committed to increasing knowledge about African herps by collecting and disseminating this knowledge through our two publications, conferences and other means. The Association also fosters a responsible and enlightened attitude towards all reptiles and amphibians amongst the public and Members of the Association. Moreover, the Association is dedicated to cultivating a diverse society built on collaboration, encouragement, tolerance, and mutual respect for all, regardless of background.

History of the Organization 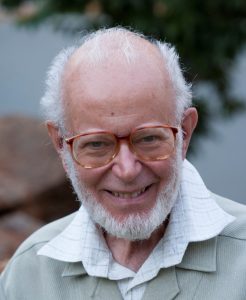 Donald G. Broadley, late Curator of the Natural History Museum of Zimbabwe (Bulawayo) founded the forerunner of the HAA, the Herpetological Association of Rhodesia, in 1957 but by 1958 it was accepting Associate Members from other countries. In 1960 the first general meeting was held. Honorary life memberships were initiated in 1962, with Vivian FitzSimons and Arthur Loveridge among the first to be so honoured.

During the 1980s the Journal took on a more professional appearance and peer-review was introduced and standardised note sections, such as “Geographic Distribution” and “Natural History Notes”, were instituted. In 1987 the HAA held its first symposium at the University of Stellenbosch attracting more than 70 participants.

In 1990 the old HAA Newsletter became African Herp news and in 1996 the JHAA became the African Journal of Herpetology (AJH). The last 25 years of the HAA’s existence has seen successful symposia held biennially across venues in South Africa and in 2014 the meeting was held outside of South Africa for the first time, in Gobabeb, Namibia. These meetings have seen ever-increasing student participation as well as the institution of an auction, photography competition and many other social and educational events. Student awards, including conference grants, research grants and best paper awards were instituted in the 2010s and HAA publications have become more international over time, with contributions from across the continent. Today the HAA enjoys a global membership and continues to find new ways to promote African herpetology and to serve its members.

Begun as the Newsletter of the H.A.A. in 1983, the name was changed to African Herp News in 1990 with number 13. The African Herp News went through several periods of irregular publication, but now appears three times per year and since number 64 in 2017 has been an electronic-only publication.